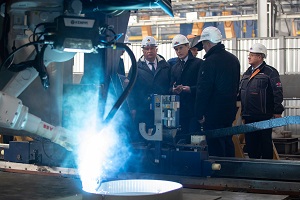 The ceremony signaled the beginning of serial manufacturing at Zvezda shipyard of modern heavy-tonnage vessels for crude oil and products transportation. Aframax tankers will be the first vessels of such type built in the Russian Federation. Lead tanker launching is scheduled for 2020. 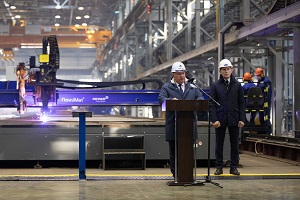 The lead vessel keel was laid in open-air heavy filling-out ways on September 11, 2018, as part of the visit to Zvezda shipyard of the President of the Russian Federation Vladimir Putin.

The first steel sheets were cut by high precision plasma gas cutting machine. The most advanced shipyard in Russia is equipped with high-tech machining techniques that allow using high precision methods of metal marking, welding and cutting, including laser. To build the vessels, inspection technologies are used based on noncontact measurements and 3D-modeling, modern technologies that allow controlling operations at all stages, from documentation development to vessel commissioning. 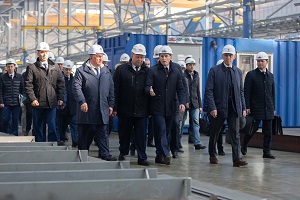 As part of the visit to the shipyard, Igor Sechin and Oleg Kozhemyako watched the operation of hull production block equipment, observed the open-air heavy fitting-out dock, construction sites of the dry dock and of the Sapphire Pod Drive Plant. The Company CEO and the regional Governor gave special attention to the construction projects of housing blocks for the shipyard personnel.

According to Igor Sechin, the launch of Aframax-type vessels has particular importance for the whole country. 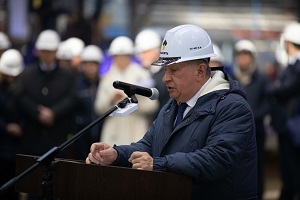 "The construction of a modern shipyard of large-capacity shipbuilding is carried out on the basis of the President's instructions. The project involves the construction of production facilities of the Zvezda shipbuilding complex, associated engineering infrastructure and housing for employees. The first part of the shipyard's production capacity was put into operation in 2016-2017.

The largest dry dock in Russia is being built a year ahead of schedule. Rosneft provided pilot loading of the new shipbuilding complex by signing contracts for the construction of 25 vessels," - Igor Sechin said. 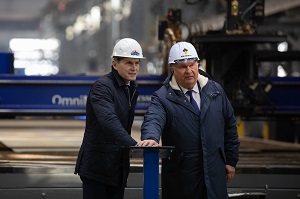 The chief Executive officer also stressed that the launch of Aframax-type vessels is not only an indicator of the growth of technological, production, personnel potential of the shipbuilding industry, but also a matter of national security and independence.

The acting Governor of Primorsky Region Oleg Kozhemyako said that today's event is of great importance for Primorye: only three years after the launch of the project at Zvezda shipbuilding complex, they have already started mass production of Aframax tankers. 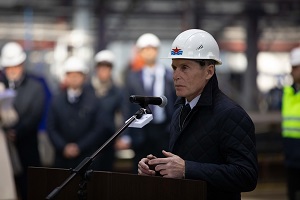 "This is a new era in shipbuilding. No one built such vessels in Russia. And, I am sure that shipbuilders will cope with all plans and schedules, will hand over the first vessel in time. And then there will be new orders, which will ensure revenues to the regional budget, create new jobs. Today we see the real work of the Zvezda shipyard and the company Rosneft, which allow us to cope with the instructions of the President of the Russian Federation", - said Kozhemyako.

Zvezda Shipyard is being established at the premises of the Far Eastern Shipbuilding and Ship Repair Center by the Consortium of Rosneftegaz, Rosneft and Gazprombank.

The Zvezda product range will comprise vessels up to 350,000dwt, elements of offshore platforms, ice-class vessels, special vessels and other marine equipment of various complexity, parameters and purpose, including the equipment that was not manufactured in Russia before through the absence of the required launching and hydraulic structures.

Pilot workload of the Shipyard is secured by Rosneft which signed an exclusive agreement on placing with the Shipyard all orders for new marine equipment and ship building. Currently, the shipyard has 12 Afromax class tankers in its stock of orders. The tanker is 250 m long and 44 m wide. The principal and auxiliary power units can work  both on conventional and on pollution-free fuel, natural gas. Currently, the shipyard headcount is 1.5 k people, of them 89%  are residents of the Far Eastern Region. By 2024, there will be over 7.5 k people working at Zvezda. This is why the Company gives special priority to the development of Bolshoi Kamen social infrastructure and to construction of residential houses for the shipyard employees. Two blocks of 68 apartments each have already been commissioned and occupied in the 5th building estate, an entire residential district is being actively constructed in building estate 6, a contractor was selected upon a tender for the construction of residential houses in another two residential districts. Overall number of apartments to be built before 2023 is about 5000 - and this will fully meet the employees' housing  demand. 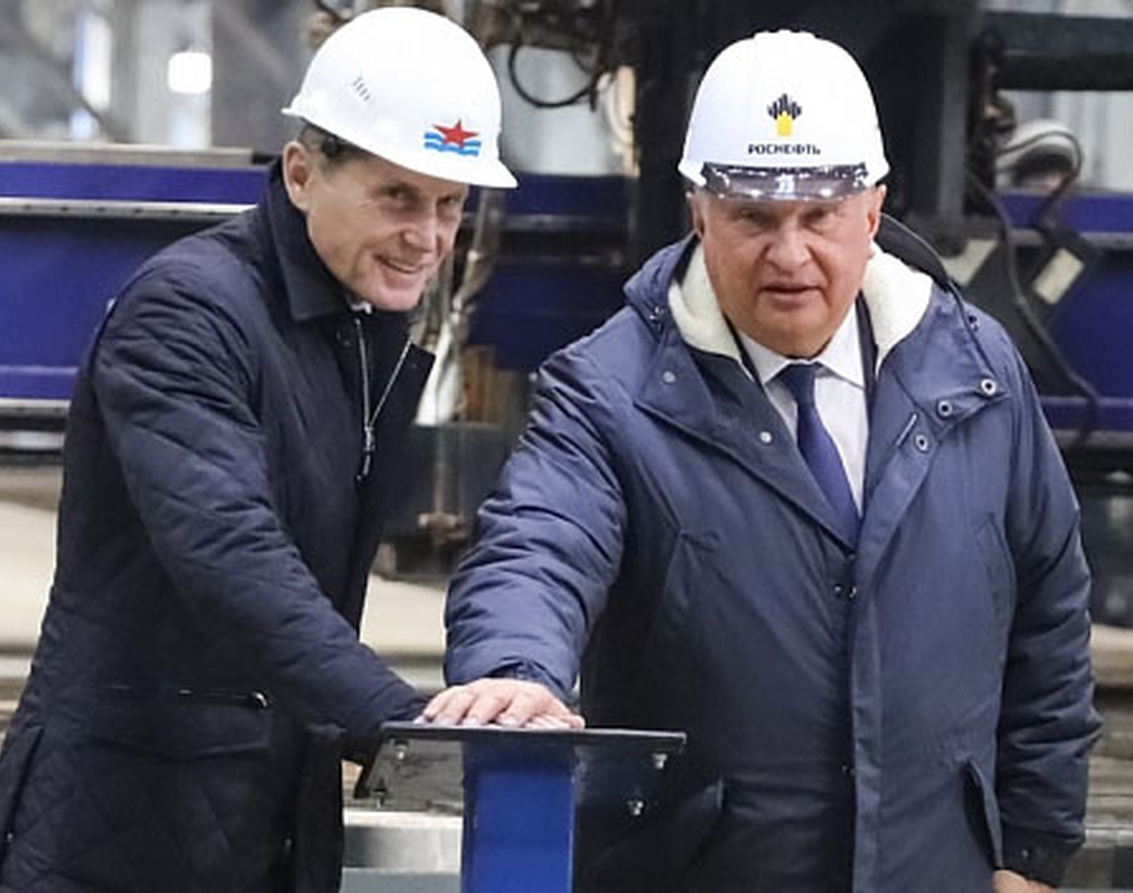